Home / News Updates / The Little Club That Could – The Rotary Club of Gros Islet, Saint Lucia, 1993 and beyond 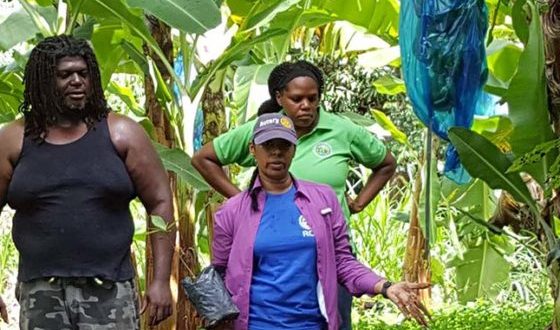 The Little Club That Could – The Rotary Club of Gros Islet, Saint Lucia, 1993 and beyond

PRESS RELEASE:-The Rotary Club of Gros Islet, born out of the parent Rotary Club of Saint Lucia in 1993, quickly found its place in the community and almost immediately began to make a sterling contribution as part of the family of Rotary in Saint Lucia. Today the club stands at 35 members, all committed to service above self, and to making a difference through serving humanity, in keeping with Rotary International’s theme for clubs worldwide.

The Rotary Club of Gros Islet organized its first Charity Golf Tournament in 1994 to raise funds for its charity projects. This has remained the club’s staple fund raiser, and to date, the event has been organized successfully with tremendous support from the business community through the sponsorship of teams and the provision of prizes for winners. Since its inception, the tournament has raised well over EC$2 Million, all of which has been invested into charitable projects throughout Saint Lucia, and in times of disaster, in the region and as far as the south pacific. This is the lifeblood of the club, and allows members to become involved in a number of charitable projects. The 2016 tournament recorded a historic moment when, for the first time since its inception, golfer Timothy Mangal scored the coveted hole in one and emerged winner of the Audi A3 which was donated by JQ Motors. The 2017 tournament is slated for January 27 2017.

Rotarian Angela Clarke currently serving as club President 2017-2018, has taken on the challenge of club leadership with vigour. She says, “this is truly a challenge for me. While I love helping, I prefer to stay in the background. As President, I have to step forward, but with the support of my club, and my board it will be worth it.”

This current year has already been fraught with many earth shattering challenges meted out to people and to the environment. Even before the now catastrophic Hurricane Harvey had made landfall along the US coast, Rotary International President Ian H.S. Riseley had commented that protecting the environment and curbing climate change are essential to Rotary’s goal of sustainable service.

Riseley said, “Environmental degradation and global climate change are serious threats to everyone. They are having a disproportionate impact on those who are most vulnerable, those to whom Rotary has the greatest responsibility. Yet environmental issues rarely register on the Rotary agenda.”

He went on to say that “The time is long past when environmental sustainability can be dismissed as not Rotary’s concern. It is, and must be, everyone’s concern.”

Rotarians the world over have been challenged to make a difference by planting a tree for each of its members between the start of the Rotary year on 1 July and Earth Day on 22 April 2018. Trees remove carbon dioxide and other greenhouse gases from the air, which slows global warming.

The project is being carried out to help combat the soil erosion that is taking place at an alarming pace with many of the island’s rivers.  This is caused by the deforestation as a result of farmers clearing land to plant bananas too close to the river banks.  The objective is to plant trees in the hope that the root systems will go deep enough to stabilize the river banks thereby reducing erosion that occurs after heavy rainfall.

Said President Angela, “We planted a variety of fruit trees which are known to have extensive root systems.  By so doing we hope to have a twofold beneficial outcome: first to stabilize the riverbank and reduce soil erosion, and second to provide fruit crops that the local population can derive economic benefit from when the trees produce fruit.”  This is one of the first of many projects that will flavour the work of the Rotary Club of Gros Islet in Saint Lucia, as club members look to commemorate 25 years of Rotary work in country.

Rotary is present in over 200 countries worldwide, in more than 32,000 clubs and has a membership of over 1.2 million members.  Perhaps one of the least talked about accomplishments of the Rotary Club of Gros Islet was its early ability to recognize the contribution that women could make to service and country. Previously an internationally male dominated organization of professional men, Saint Lucia, through the Rotary Club of Gros Islet, sought to create balance and inclusion. To date, women remain an active part of Rotary. And as President Angela says, “they will continue to make a difference in Rotary.”