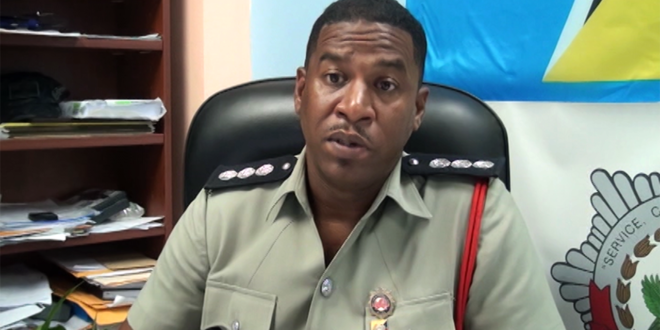 The nine [9] victims of a November 4 fire at Faux-a-Chaux, Castries have expressed disappointment with attempts by the Saint Lucia Fire Service [SLFS] to save their homes.

Residents have also voiced dissatisfaction with the efforts of the fire service.

One of the responding fire appliances reportedly ran out of water and had to withdraw to the docks source more water minutes after arriving on the scene.

An unemployed mother of six children and two other people have been displaced by the late-night blaze; however, another heated situation is brewing.

Two fire appliances responded that night, one from Castries, and a backup unit from the Gros Islet Fire Station. Divisional Officer Williams explained that the Castries unit ‘ran low’ on water and had to retreat to a nearby facility to replenish the trucks supply of water.

One of the wooden structures was already fully engulfed in flames when the first fire unit arrived on the scene. By the time, the backup unit showed up, the blaze had spread to nearby structures.

Despite these challenges, the Fire Service is pleased with the attempts made by the fire officers on the scene to douse the blaze and save surrounding buildings. [Watch video]

Meanwhile, the fire victims were not able to salvage any of their possessions. The SLFS has expressed sympathy to the families, which have been displaced by the fire.