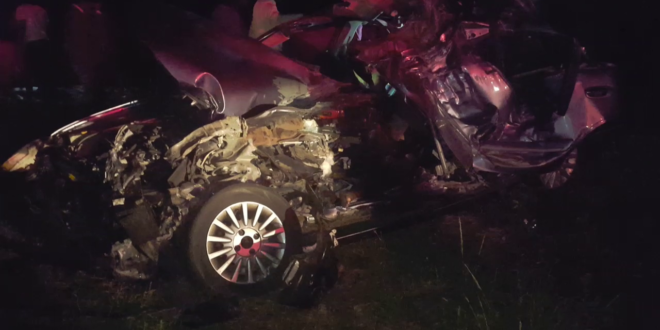 Authorities are investigating a vehicle collision on the Castries Gros Islet highway on Saturday night, which left two teenaged girls dead, and a number of people injured.

According to reports, a Nissan Almera, registration PA 515, collided with a truck, TK915 around 9pm Saturday near Saaman’s Park.

The truck was reportedly northbound while the car was headed in a southerly direction.

Teenagers Zina Anthony and Zhane Williams were reportedly killed in the crash.

19-year-old Anthony and 18-year-old Williams who were aboard the Nissan Almera were reportedly seated in the front and rear passenger seats of the car respectively.

Zhane Williams is the daughter of Permanent Secretary in the Department of Youth and Sports, career Civil Servant, Donavan Williams.

The driver of the car is said to be in stable condition at the Intensive Care Unit at the Victoria hospital.

The driver of the truck and a passenger reportedly sustained less serious injuries.