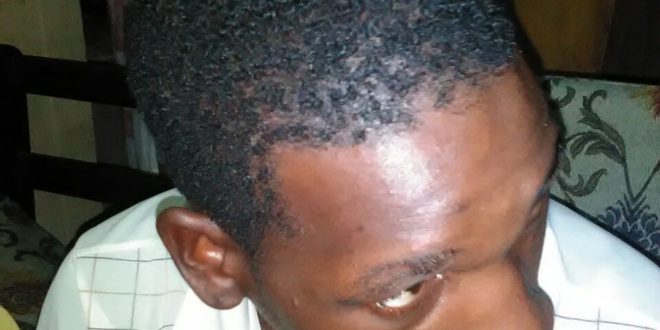 The relatives of 17-year-old Shervin Henry are crying foul following an alleged incident at Coolie Town, Marigot on May 26th involving men clad in black tactical wear who purported to be law enforcement personnel.

Henry alleges that Police officers assaulted him after he attempted to flee a police patrol. Relatives of the 17-year-old say he ran out of fear when he noticed uniformed officers bearing firearms.

The teen alleges he was whisked away in a police patrol vehicle, taken to a remote location at the Roseau Beach, where he claims officers beat him severely. Henry’s relative, Kasha Valty, relayed the teen’s alleged account of events to HTS News4orce on May 29th. Listen below.

Police Press Officials were ‘not aware’ of any complaints linked to the alleged police assault.

Sources indicate that the Coolie Town police patrol was part of investigations into the fatal shooting of 32-year-old Chrishna Chester Wilson on May 21st.

The Coolie Town shooting was the island’s 23rd homicide for 2017.