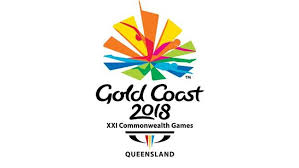 Two swimmers were announced in Katie Kyle and Jean Luc- Zephir, who will be both swimming  50 and 100 metre events, while three boxers have been included in the squad  Nathan Ferrari  64kg, Marvin Anthony 75 kg and Lyndell Marcellin 69 kg.

Four officials will be accompanying the team to the Games.  Coaches Henry Bailey and Titus Elien for Track and Field,  David Peterkin – swimming, and Conrad Fredericks – Boxing.

John Trevor Hunte, Assistant Secretary/ Treasurer of the Commonwealth Games Saint Lucia will serve as chef-de-mission and first vice president Lyndon Cooper is the team manager for the Games

” We are calling on all members of the team to give of their best. Based on what we have seen  we have persons who have met the standards that have been set . We believe in the young people we have in the country and we must go out and perform, ” CGA Saint Lucia President Fortuna Belrose told the athletes during a news briefing at the Headquarters of the SLOC Inc Wednesday morning.