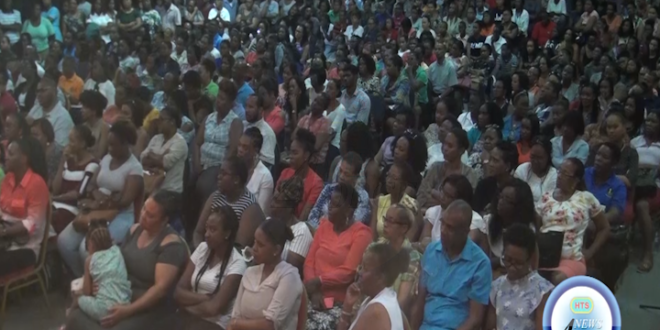 TEACHERS DEMAND SIT DOWN WITH GOVERNMENT OVER STALLED NEGOTIATIONS

Saint Lucia’s teachers were not in the classroom on Monday March 11th. Instead, they reported for an emergency meeting convened by the St. Lucia Teachers Union to discuss stalled negotiations with the government negotiating team. Union officials say proposals for the 2016-2019 negotiating period, were re-submitted seven months ago, but the government has yet to respond.