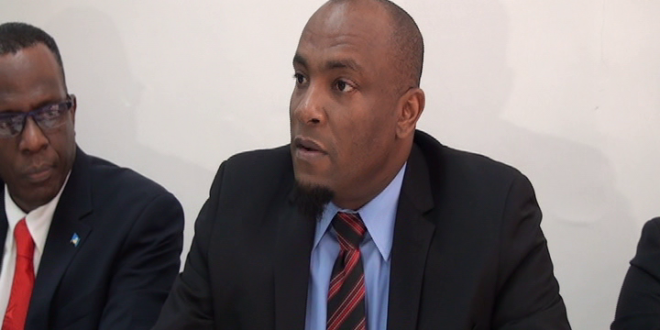 “Taking away their children is certainly not the answer” – Shawn Edward

Recent comments by the Prime Minister on the issue of teenage pregnancy is cause for concern and symptomatic of a government that lacks an understanding of the social challenges we face.

There is little doubt that teenage pregnancy is a serious issue that needs to be addressed but that needs to be done with respect for the dignity of young people. Taking away their children is certainly not the answer and is only likely to create more challenges for them and the wider society.

It is not the role of government to take on the responsibility of parenting. It would be an affront to the dignity of parents to take away their responsibility as parents. Where there are parenting challenges especially among young people government should assist through a process of education and the creation of an environment for training and job creation.

It was in recognition of those very challenges that the last Labour Administration among other initiatives instituted the SMILES program that afforded many young mothers the support and education needed to cope with the challenges of parenthood.   Sadly smiles has been discontinued by this Administration.

The Saint Lucia Labour Party is very concerned about the mind-set of Prime Minister Allen Chastanet which would so emboldened him as to suggest that government should consider forcing parents to put their children up for compulsory adoption. The Prime Minister’s statement exposes gross insensitivity at best and at worst a callous disregard for the rights of parents and the affinity that parents, especially mothers, have for their children. Government must at all times demonstrate empathy for the challenges confronting families and seek humane ways to help them, especially the less fortunate ones in the society. What Allen Chastanet is contemplating belongs to a part of our history which we should be afraid will ever be re-enacted.

The Saint Lucia Labour Party wishes to advise the government of the United Workers Party, that whatever is their personal biases or perceptions of less fortunate citizens theirs is a responsibility to provide enlightened, competent and compassionate leadership.

Like many other developing countries, Saint Lucia’s development landscape is populated with various social problems and economic issues. However, these issues and challenges will not be resolved by demonizing victims.

The Government must engage in sound policy analyses of these issues, using participatory methodologies and facilitate the implementation of evidence-based socio-economic policies. Further, the government must work collaboratively with communities, civil society and other development partners to implement strategic interventions. This approach must be supported and augmented by making the appropriate investments in social development. Government must always be aiming at adopting and implementing appropriate Monitoring and Evaluation Mechanisms to measure progress and evaluate results.

The Saint Lucia Labour Party is extremely concerned about that trend of ill-advised and very often disparaging policy statements emanating from the Prime Minster of Saint Lucia, some of his Cabinet colleagues and members of the United Workers Party in general. Whether the subject matter is teacher efficiency or teenage pregnancy the Prime Minister seems contented to cast aspersions and even stigmatize specified groups of citizens; and in this particular case prescribe draconian measures.

The Saint Lucia Labour Party will do all in its power to ensure that the Prime Minister’s plan to introduce compulsory adoption never sees the light of day in our country.