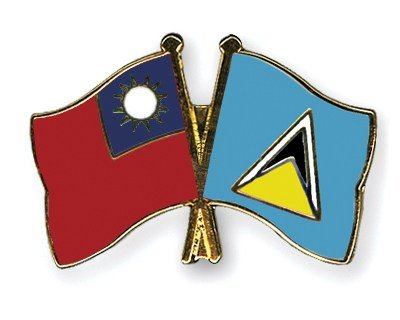 The passion and commitment of the Government of Saint Lucia to fight crime in all its forms is steadily shifting into decisive and purposeful action.

A further demonstration of government’s pledge came through the signing of a Bilateral Police Co-operation Agreement that will bring several benefits to the Royal Saint Lucia Police Force and strengthen the organization in key areas of national security.

Major upgrades in equipment and technology, training, personnel visits, and knowledge sharing are expected to be borne out of the latest collaboration between the Government of Taiwan and the Government of Saint Lucia.

Minister for  Home  Affairs, Justice and National Security Senator the Honourable Hermangild Francis signed the Memorandum of Understanding in the presence of Prime Minister Honourable  Allen Chastanet  and other Cabinet  members during a brief ceremony on Wednesday morning.

Minister for Foreign Affairs of the Republic of China (Taiwan) His Excellency Dr. Lee Ta-Wei is on an official visit of Saint Lucia from January 30 – February 1, 2018.

He indicated that he is looking forward to the collaboration as it marks a new milestone in relations between the two countries.

Minister Francis joined the Prime Minister in expressing immense gratitude to the Government and People of Taiwan for assisting the Government of Saint Lucia in the area of national security; a ground- breaking step in the long-standing diplomatic relationship shared by the two countries.

Taiwan is well-known for its landmark contribution to Saint Lucia’s development in Agriculture and Information and Communication Technology, ICT, among other key development areas.