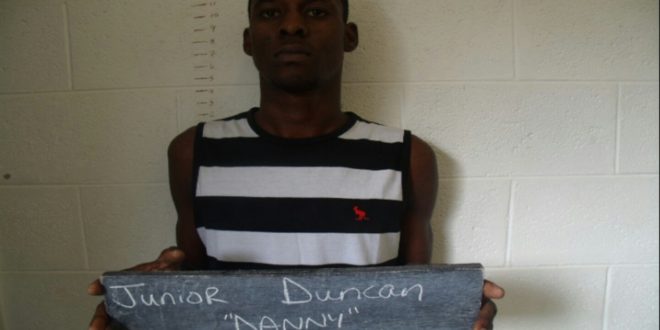 Previously, on June 29th, Duncan and two other inmates were reportedly involved in a violent altercation at BCF prompting action from the Special Operations Response Team [SORT] to disburse the dispute.

Junior Duncan, BCF sources say, was armed with a makeshift weapon that measured 16-inches. Another inmate identified as Travis Lionel was also armed and reportedly, together with Duncan, the two inmates launched an attack on Donaldson Joseph.

A SORT officer discharged one round of ammunition that struct Duncan in the shoulder after failed attempts, which included pepper stray, to defuse the standoff. Duncan’s  injuries were treated at BCF and requires prescription medication as part of his medical recovery.

It is believed that Duncan deliberately attempted to overdose himself on the medication. BCF authorities reportedly intervened and sought further medial care. The inmate is said to be recovering in custody at BCF.

Duncan, Lionel and Joseph are all ‘high-risk’ inmates, held in maximum security lock-up.