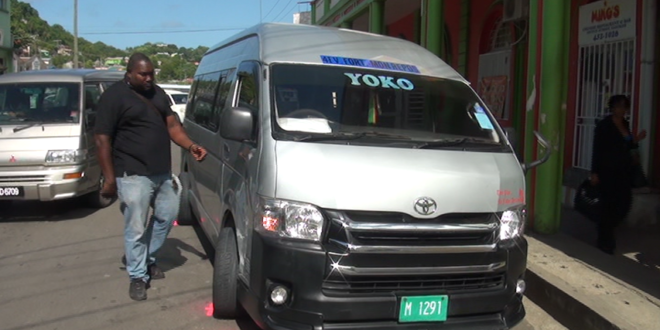 An unsuspecting bus driver was reportedly caught up in the daring escape by bandits who made off with $17,000 in cash from security guards employed with well-known retailer S&S on August 28.

Eyewitnesses allege sometime before 9 am, two robbers pounced on the S&S security guards who were leaving the Micoud Street, Castries branch en route to a nearby transport vehicle to take the cash to a local bank. It is unclear if the thieves were armed during the daytime mugging.

No injuries were reported however, the alleged getaway vehicle used by the bandits smashed through a moving commuter bus during the escape.

The turn of events have forced S&S management to review security protocols and the company is expected to issue a statement on the matter.

The daylight robbery has setback the self-employed bus driver who on August 26 sponsored free bus rides to school students for the 2017/18 academic year.