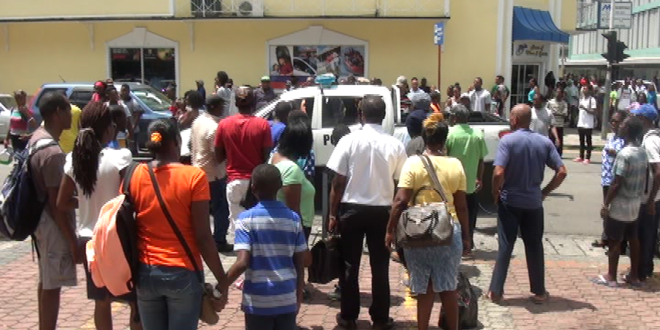 Route 2H mini-bus operators are breathing a collective sigh of relief on August 7, after two of their own caught the suspected thief who allegedly robbed and made off with cash from two buses.

HTS News4orce captured the aftermath of a chase by the two Route 2H mini-bus operators who cornered the robbery suspect on Mongiraud Street, Castries.

Route 2H mini-bus operators alleged, the buses targeted by the suspected bandit were parked and unlocked. The robbery suspect allegedly stole pouches that held daily earnings from the unattended buses and attempted to evade capture by running through the Castries River. [Watch video]

The suspect was wrestled into submission by the two victims amid a bustling inner-city commute.

Police responded to the scene and quickly contained the situation. The suspect was subsequently detained at Custody Suites on Bridge Street, Castries. 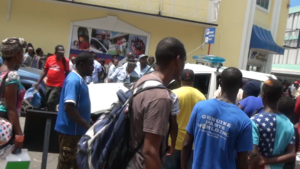 The entire incident occurred between 11 am and 12 pm.

Theft charges are expected to be laid against the Route 2H robbery suspect.