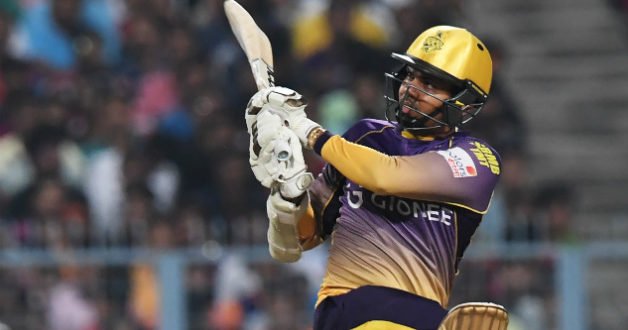 CMC — Sunil Narine cast aside the recent troubles over his action to blast a sensational half-century in a man-of-the-match performance as Kolkata Knight Riders stunned Royal Challengers Bangalore by four wickets in the Indian Premier League (IPL) Sunday.

Opening the batting, the left-handed Trinidadian struck an even 50 from 19 balls as KKR chased down 177 to win with seven balls at Eden Gardens.

Captain Dinesh Karthik finished with an unbeaten 35, while Nitish Rana chipped in with 34 to further drive a run chase that wobbled at the start when marquee opener Chris Lynn fell cheaply for five in the second over.

Narine, plagued with problems over his action prior to the tournament, had earlier produced a miserly spell, conceding just 30 runs from his four overs while accounting for the wicket of the dangerous New Zealand opener Brendon McCullum for 43.

South African star A B de Villiers top-scored with 44, while Mandeep Singh got 37 and Captain Virat Kohli, 31.

Quinton de Kock fell cheaply for four in the second over, but McCullum and Kohli added 45 for the second to revive the innings before de Villiers joined Kohli to add a further 64 for the third wicket.

De Villiers faced 23 balls and belted a four and five sixes, but he and Kohli fell in successive deliveries to off-spinner Rana in the 15th over, leaving Mandeep to rally the innings with an 18-ball cameo which contained four fours and two sixes.

Narine then gave the innings a rollicking start despite Lynn’s demise, smashing four fours and five sixes as he put on 49 off 21 balls for the second wicket with Robin Uthappa (13).

In the fourth over of the innings from England seamer Chris Woakes (3-36), which went for 20 runs, Narine pummelled a pair of fours and sixes and also tore into off-break bowler Washington Sundar in the following over which leaked 19 runs.

A single off the last ball of the over saw Narine reach his half-century off just 17 balls — the joint fourth fastest in the IPL — but he perished off the second ball of the next over from seamer Umesh Yadav (2-27), bowled dragging on a low full toss.

Karthik, who faced 29 balls and counted four fours, kept KKR on course for victory in a 55-run, fourth-wicket stand with Rana who collected two fours and sixes in a 25-ball knock.