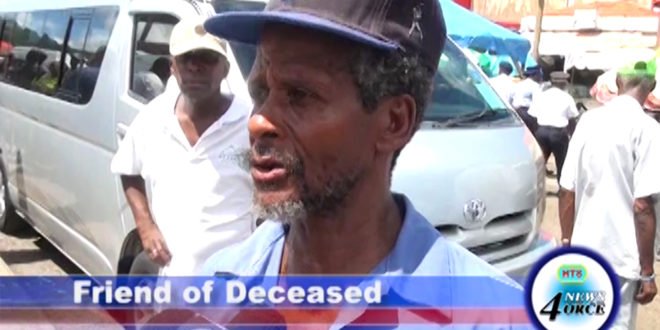 The authorities are looking into the apparent sudden death of a senior citizen who was found slumped over near the La Clery bus stand on Monday morning.

According to preliminary reports, the man believed to be in his 60’s had just emerged from the public restroom when he suddenly took ill.

We will have more details on this incident in a subsequent broadcast.