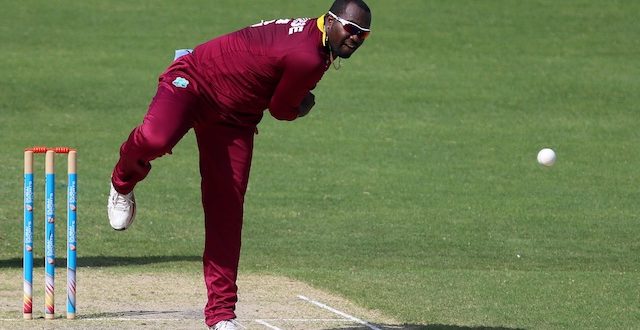 West Indies will fly a power-packed, 13-member squad to England for their one-off Twenty20 International with the home team next month.

Cricket West Indies announced on Thursday that Chris Gayle, Kieron Pollard and Sunil Narine, three of the most recognisable names on the Twenty20 franchise circuit, will be part of Carlos Brathwaite’s squad for the contest on September 16 at the Riverside Stadium in Durham.

The sport’s regional governing body said that key leg-spinner Samuel Badree will however, miss the trip, due to a prior commitment.

“We have a good mix of experience and youth that should adapt to English conditions quickly,” said selection panel chairman Courtney Browne.

“Coming off the win against India in July in the Caribbean, our expectations are to see the team play a highly competitive game and bring that T20 Caribbean atmosphere to England.”

All of the players, except off-spinner Ashley Nurse, who takes Badree’s place, played in the one-off T20I against India on July 4 at Sabina Park in Jamaica which West Indies won handsomely by nine wickets, following a explosive second T20I hundred from left-hander opener Evin Lewis.

Gayle, Walton, Fletcher and Lewis are among eight batsman that have compiled more than 250 runs in the ongoing Caribbean Premier League in which Williams is the tournament leading bowler with 15 wickets and the only member of the squad to crack 10 wickets.