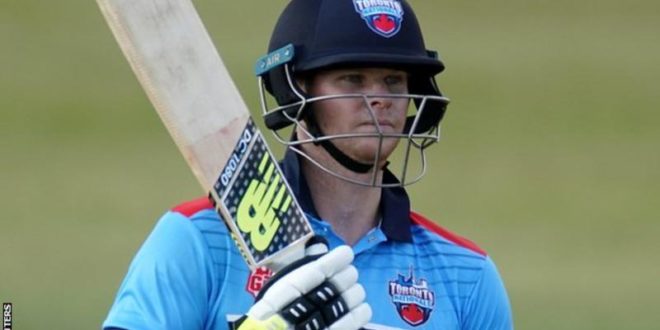 BBC- Ex-Australia captain Steve Smith will play in the Caribbean Premier League as he continues his 12-month ban from Australian cricket for ball-tampering.

He cannot play international or state cricket after his “leadership” role in the incident in March.

His ban does not extend to competitions outside Australia and he returned to competitive action in Canada in June.

The 29-year-old will play for Barbados Tridents in the CPL in place of Bangladesh all-rounder Shakib Al Hasan.

Smith, who is still the top-ranked Test batsman, has scored 3,124 runs in all T20 cricket.