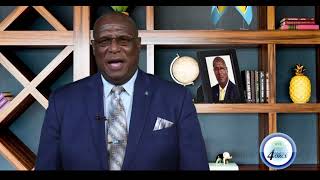 Its official, Castries North MP Stephenson King will be contesting the July 26th general elections under an independent umbrella. The former prime minister took to prime-time TV airwaves on Thursday night, to explain his decision to part ways with the election campaign of a party that he has served for more than 40 years. King claims the UWP of late, does not resemble the beloved organization to which he gave decades of loyal and unwavering support.