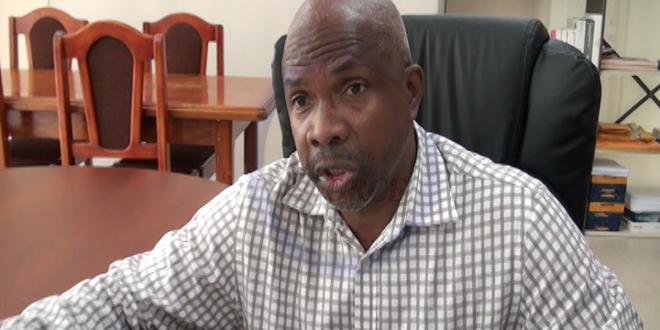 According to the Central Statistics Department [CSD] 3rd quarter unemployment numbers for the period July- September 2017 stands at 16.8%.

The last time the unemployment rate fell below 20% in the 3rd quarter was 8 years ago in 2009. Back then, the Jobless rate stood at 16.6% nationally.

The tourism/food and accommodation sectors, as well as the construction, agriculture and the retail industries drove unemployment down in the third quarter – creating more than 5,000 new jobs according to data from the Statistics Department.

Director St. Catherine pointed out that roughly 6.7% of all jobs recorded in the third quarter are ‘vulnerable employment’.

“We believe that these additional jobs are to some extent vulnerable jobs…these jobs have not fully taken root in the private sector which is the sector generally responsible for driving most of the employment that is created.”

He pointed out that public sector employment accounted for less than 10% of the job market.

The lower unemployment rate has not come as a surprise to the Director. The [gradual] expansion of the local job market St. Catherine explains began at the end of 2015.

The trend of lower unemployment figures is expected to continue through the 4th quarter of 2017.

The Statistics Department’s believes that the latest numbers as it pertains to a recovery in the job market needs to be confirmed by further quarterly declines in unemployment in the future.