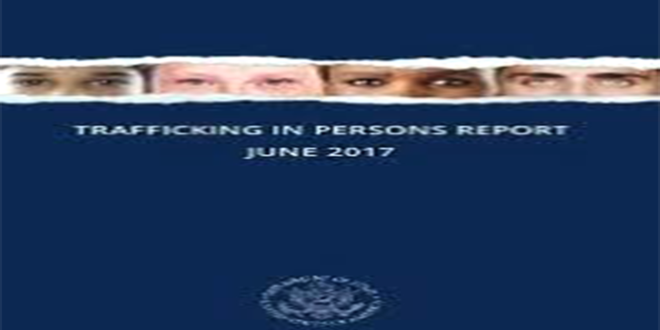 The Government of Saint Lucia with support from the ACP- EU Migration Action is gearing to strengthen its fight against the global scourge of Trafficking In Persons (TIP).

The ACP- EU Migration Action is a programme implemented by the International Organization for Migration (IOM) and funded by the European Union. The programme provides technical assistance on migration to African, Caribbean and Pacific (ACP) Groups of States.

According to Section 4 of the Act, the object of the Act “is to prescribe measures to prevent and combat trafficking in persons with particular regard to victims who are women and children, by –

(a) protecting and assisting victims of trafficking, having due

regard to their human rights;

(b) facilitating the efficient investigation of cases of trafficking

(c) facilitating the just and effective punishment of individuals

and organizations involved in trafficking in persons;

(d) promoting cooperation between Saint Lucia and other States

in order to prevent and suppress trafficking in persons and

During the week of September 25 – 29, 2017 the Regional Coordinator for the Caribbean of the ACP – EU Migration Action and a Migrant Expert visited Saint Lucia to meet with key governmental and non-governmental stakeholders to assess the best way forward for technical assistance activities on TIP that will be implemented this year.

This technical assistance will equally support a series of training workshops with a focus on identification, referral and protection of Victims of Trafficking (VOT) by an IOM Development Fund project.

The training workshops will be complementary to technical assistance activities

The IOM Development Fund (IDF) project also includes the identification and training of a designated Capacity-Building Focal Point within the Department of Home Affairs and National Security.  The project hopes to achieve widespread capacity building among key stakeholders by enabling the Government to continue training activities beyond the lifetime of the project.

The Government of Saint Lucia through the Department of Home Affairs and National Security, and the IOM is committed to improving Saint Lucia’s capacity and response to effectively combat Trafficking in Persons.