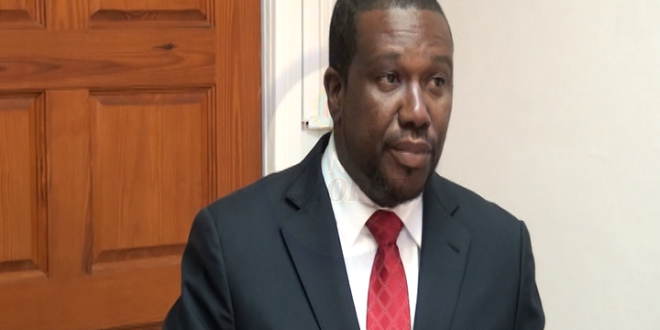 PRESS RELEASE: The Opposition Saint Lucia Labour Party wishes to distance itself from the untenable remarks made by Senator Hermangild Francis that he

“personally does not believe that the Leahy Law was put on Saint Lucia for the twelve homicides.”

The question is, why would Senator Francis convey the impression that the US Government is using Operation Restore Confidence (ORC) as a pretext to impose the Leahy Law on Saint Lucia, when this same Mr. Francis was quoted by the Press as saying that,

” The US government has made its position clear that it wants the matter of the twelve deaths resolved in a court of law.”

The chronology of events is as follows:

This is not the first time Senator Francis has made bizarre and absurd connections between the US Government and ORC. Sometime in 2016, Senator Francis said to the effect that, if the Coastguard Unit was dismembered from the RSLPF, then US funding would become available to the said unit.  This statement instigated a prompt rebuke from the US government.

Further, the law covering State Department funded aid is found in Section 620M of the Foreign Assistance Act of 1961 (as amended most recently in January 2014). It states:

(a) IN GENERAL. – No assistance shall be furnished under this Act or the Arms Export Control Act to any unit of the security forces of a foreign country if the Secretary of State has credible information that such unit has committed a gross violation of human rights.

Instead of Senator Francis engaging in innuendo and subterfuge he should tell the nation what steps are being taken by his government to conclude the suspension of military assistance to our police department.  The resolution of this issue is too urgent and the stakes are too high to simply trivialize this matter in order to impress the unsuspecting masses that the UWP government is standing up to the mighty USA.  We are not going to resolve this issue by grandstanding.

Senator Francis should engage the USA in a responsible manner, to end the imposition of the Leahy Laws and work together to confront the security problems of our hemisphere.

Despite the desperate but futile attempts by the current UWP government to interfere with our rights to free speech, the opposition will continue to place the issues in conversation with the nation.

In closing, I reiterate that Senator Francis would do well to desist from making such absurd and farfetched statements and concentrate on reducing the level of crime in Saint Lucia, which has reached unprecedented levels.