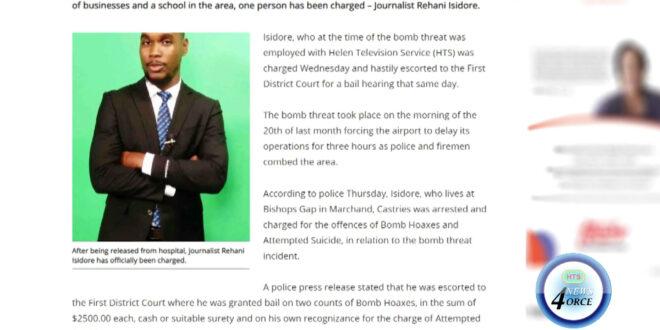 Investigators and the prosecution have reportedly re-opened the state’s case against Rehani Isidore in the bomb threat matter. The journalist was re-arrested and charged on Tuesday in connection with the previous case which was recently dismissed in the high court – he has since posted bail. It is a stunning turn of events with some questioning the re-filing of a case already dealt with in the criminal courts