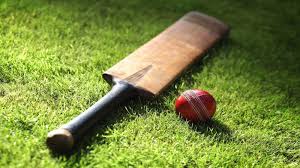 The Finals of the 2019 Massy United Insurance  Schools Cricket Tournament will be contested between St Mary’s College and Micoud Secondary as both tesms registered victories in the semi-finals of the competition played Wednesday.

In reply, Sir Arthur Lewis Community College was bowled out for 128 in 40.2 overs with Chaz Cepal and Simeon Gerson top scoring with 27 each and Rashad Gaston making 13.

In reply, Corinth Secondary was bowled out for 71 in 23.4 overs with Daniel Edwin making 15, the only batsman to reach double figures. Doing the damage with the ball for Micoud Secondary were, Nean Deterville three for 10, Marklin Estaphane three for 19  and Dichege Henry three for 22.

The finals will be played on a date to be announced.