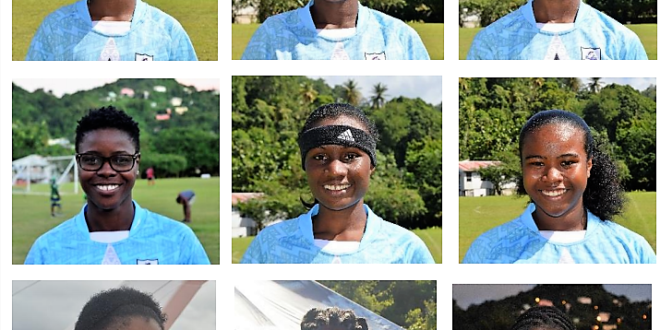 They will be competing against teams from Martinique, Guadeloupe and Paris. The young team of promising athletes continues to show improvement on the field. The challenging experience at Barbados World 7s in December 2017 helped the team prepare for the French tournament. The team will be accompanied by Team Physiotherapist Zhenya Allain and Assistant Coach Roger Butcher.

The team is composed of:

The Saint Lucia Rugby Football Union is keen on supporting the women’s team. The Union shares the sentiments of the women’s Head Coach, Garner Felicien, that the team is gaining momentum from the success in Guadeloupe in July 2017 to competing against tough North American teams at Barbados 7s last December.

The exposure to high level competition is providing the athletes and management a gauge of what work and how much needs to be put in as the team works towards qualifying for bigger tournaments such as Central American and Caribbean Games (CASCO) and Pan Am Games among others.

The Union continues to strengthen ties with French territories of Martinique and Guadeloupe in the hope to develop a bigger pool of competition for rugby among the Windward Islands especially for women and children rugby.