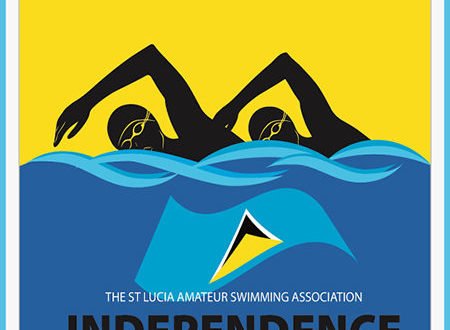 PRESS RELEASE: The St. Lucia Amateur Swimming Association is all set to host its Annual Independence Swim Challenge February 24th at the Rodney Heights Aquatic Center from 9am.

The meet will serve as the final opportunity locally for swimmers to attempt to qualify and join nine swimmers thus far who have met the qualifying standard for the 2018 Carifta Swim Championship due to take place in Jamaica March 30th to April 5th.

Some of its top performers in 2017 at the Swim Challenge to include Mila Festini Cromer, Thadean Antoine, Noah Dorville, Jermina Odlum Smith, Naima Hazel, Akim Ernest, Jayhan Odlum Smith, Omar Alexander and Mikaela Casimir will fight their way to keep their top performing title in the 2018 Independence Swim Challenge.

Supporters can expect fierce swimming and a tough competition between all SLASA swimmers as they swim their way to top positions, bettering their times and earning their slot on the Carifta Team. Who knows there may be a few surprises!

SLASA invites Corporate St. Lucia to join with the Government of St. Lucia in assisting its swimmers in providing them with the opportunity to compete locally, regionally and internationally. Spectators are also invited to come have a chat a participating clubs on how we help get the youth involved in the Sport of Swimming.