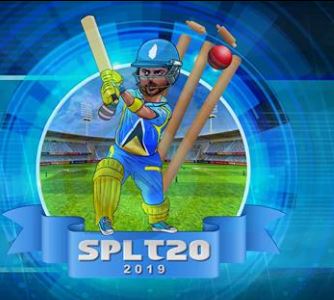 SPL- The Digicel SPLT2019 group stage could not have delivered any differently.  An exciting end to what has truly been an eventful group stage.

On Monday we saw group A come to closure with Choiseul Credit Union’s Choiseul Craftmasters getting one over their biggest rivals Avatar City Blasters.  The Craftmasters have never defeated Daren Sammy’s men in their previous two meetings in the tournament (Finals in 2017 and Semis in 2018), however Monday night had this different feel to it and despite the best efforts of Johnnel Eugene with 41 runs, the Blasters fell 45 runs short of their target.  With this, the semi-finals will for the first time be without the City Blasters.  The two teams qualifying from the group are the Craftmasters and Mabouya  Valley Renegades, both of whom have never failed to make it to the knock out stages since the SPL began in 2017.

In other action (Group B) on Tuesday night we saw the thrill at Gros Islet playing field as Mon Repos Pioneers met the Gros Islet Knights in what many dubbed as a mouth-watering affair.   For the first time the SPL had games being played at the same time in different locations with the defending champions South Castries Lions making light work of the Raiders wrapping up their game within 13 overs and booking their place into the semi-finals.  With the game ending early, the lions sat back to watch the broadcasted game between the Knights and the Pioneers.  A game full of emotion lived up to its hype as the pioneers won the game but with Gros Islet doing enough on the night to keep their Net Run Rate ahead.  As the Pioneers fans celebrated they eventually got the news that though their team wonthey just missed out on the Semis.  This did not stop them from having a great time and showing what SPLT20 is all about.

This has been such an entertaining tournament so far with the group stage coming to an end leaving us with the following Ministry of Sports powered tournament stats:

As usual the top team of their respective group will play second place of the other group.

Third place and Finals tentatively set for Saturday June 15, 2019 at the same venue.