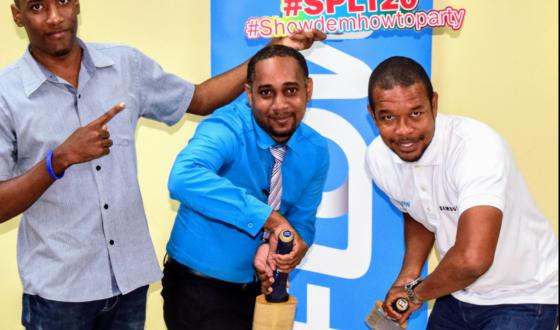 Press Release:-  The battle to unseat Avatar City Blasters as champions of the Saint Lucia Premier League (SPL) T20 competition will get underway in June, when the most exciting cricket tournament in Saint Lucia bowls off at venues islandwide. This year, the tournament, presented by Piton Beer and powered by LUCELEC, has welcomed Flow as title sponsor.

The announcement was made on Wednesday by Chairman of the SPL Organizing Committee, Hassan Euristee, during a press conference at Bay Gardens Resort. Flow, Saint Lucia and the Caribbean’s leading telecommunications service provider, will provide cash support as well as boosting the fledgling semi-pro league’s mobile and internet needs.

“We jumped at the chance to get involved with the SPL. We at Flow are proud of our long association with sports. We teamed up with the West Indies for years, for the longest-running sports sponsorship in the world. With the SPL, we are helping provide opportunities for our young cricketers to grow and develop.”

“I think our inaugural season blew everyone away, but we are looking to make it even more exciting this year. When we look at what Flow has done for Blackheart and Veterans in football, their ability to help us with streaming and their 4G LTE mobile network, we are looking forward to making it a big year for players and fans.”