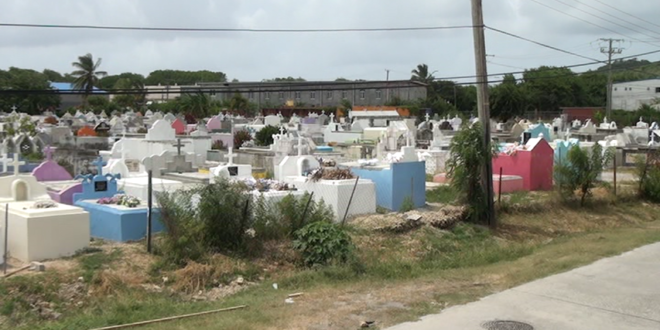 Gros-Islet MP Lenard Spider Montoute says he is on top of the overcrowding situation at the Gros-Islet cemetery with 500 plots, soon to be added to the burial site.

He was responding to calls by the Lucian People Movement for greater attention to paid to the constituency.

Gros-Islet MP Lenard Spider Montoute says as a conscientious parliamentary representative, he is attentive to the needs of his constituency.

Montoute was addressing calls by the leader of the Lucian Peoples Movement Therold Prudent, to expedite the expansion of the Gros-Islet cemetery, which should have been commissioned during his first term as MP in 2006-2011. Prudent claims that the cramped site has led to the unsanitary practice of graves being built on top of each other.

On Wednesday [August 29], Montoute revealed that work had commenced on the cemetery with an expected completion date of September 30th. Prudent further alleged that decomposing bodies pose a health hazard to constituents, especially during flash flooding.

Montoute explains that the underlying issue is finding a proper location for a new burial plot.

Others have expressed concern that the space constraints at the Gros-Islet cemetery might be the result of residents from other constituencies being buried there.

Overcrowding cemeteries are not unique to Saint Lucia; globally countries are exploring creative solutions to keep up with dwindling land resources and high death rates.

Some countries have resorted to stacking the dead into niches or towers-other revolutionary options are to bury the dead in building, where each floor resembles a cemetery.