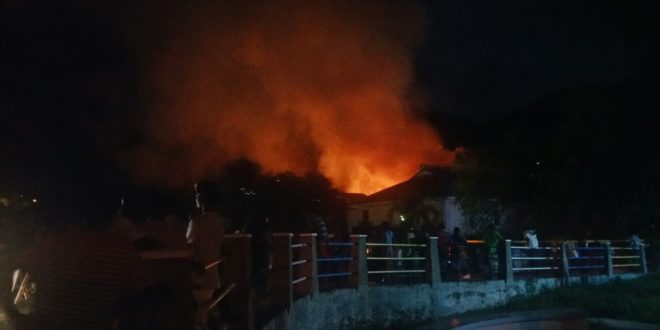 Images of the fire at the Soufriere Hosptial

HTS News4orce has been informed of a reported fire at the Soufriere Hospital. Details are emerging however, News4orce understands first responders including the Soufriere Fire Service have begun attempts to contain the blaze.

Unconfirmed reports suggests the fire began in the records room at the hospital. There have been no reports of injuries as a result of the fire. Soufriere Hospital administration have initiated emergency protocol.