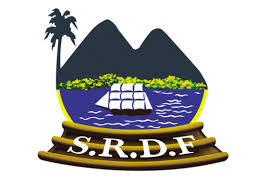 PRESS RELEASE:-Soufriere, St. Lucia – Our Sister Isle Dominica was once again left in shambles. The nature isle which is still recovering from Tropical Storm Erika which struck in 2015, was impacted by Hurricane Maria at approximately 9:35pm on September 18th, 2017. Sustained winds of 155mph and torrential rain caused widespread destruction with significant damage to dwelling homes, commercial buildings, infrastructure and loss of lives.

According to Dominica Prime Minister Roosevelt Skerrit, “so far we have lost all what money can buy and replace.”

The Soufriere Foundation is making strides to bring relief supplies to the affected country. The organisation in collaboration with the Rising Stars Youth Sports Club has embarked on a “Food/Relief Supply Drive” to assist our Sister Isle.

Executive Director, Jimmy Haynes, said “We are saddened that our neighbours are going through this again. This is a cry for help that we must attend to.”

The organisation is soliciting assistance from the public to donate water and non-perishable food items, to our suffering brothers and sisters. Supplies can be dropped off at the Soufriere Foundation’s Baystreet Office from 8:30 am to 5:00 pm. Deadline for receiving supplies is Thursday September 28th, 2017.

A boat will be leaving on Friday September 29th, 2017 to transport the supplies to Dominica.

The Soufriere Foundation is a not for profit organisation located in Soufriere. Its mandate is to undertake social, economic, cultural and other sustainable developments in the Soufriere region.  The organization which was established in 1993 generates revenues from its operational sites: the Sulphur Springs Park, Gros Piton Nature Trail, Comfort Center, Soufriere jetties and 88.5 Soufriere FM.