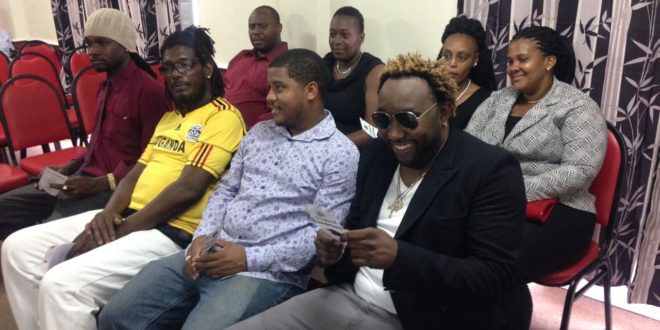 Soufriere, St. Lucia – In order to augment and recognize personal development, the Soufriere Regional Development Foundation (SRDF) held a graduation ceremony for radio station Soufriere FM’s personnel. The ceremony which was held on Friday May 19th, 2017, was to recognize the staff who successfully completed the six weeks intense Announcer Training Program on May 5th, 2017.

“This training was strategic, because it serves as a catalyst for the expansion of the radio station ultimately bringing it to the next level in broadcast delivery.”

He added that the completion of the program initiated a new direction and paradigm for 88.5.

The training was facilitated by prominent media trainer, Jerry George. He said,

“The training was comparable to the Speech and Performance for Broadcasting course taught at the Monroe College.”

Radio host Jannallia Lamontagne was excited about completing the curriculum. According to Lamontagne,

“Through the years I wanted to give up due to the job’s demands; however, the training has helped build my self-confidence.”

The Announcer and Training Program is a forerunner for a number of similar programs geared at enhancing the performance of community radio station Soufriere FM.

The Soufriere Foundation is a non-profit company located in Soufriere. Its mandate is to undertake social, cultural, human resource, tourism and infrastructure development in the Soufriere area.  The organization which was established in 1993 generates revenues from its operational sites: the Sulphur Springs Park, Gros Piton Nature Trail, Comfort Center, Soufriere jetties and 88.5 Soufriere FM.