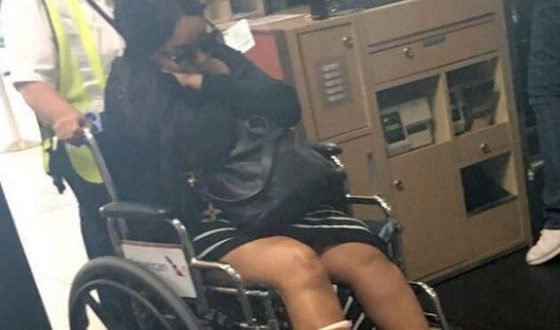 Trinidad & Tobago Soca star Destra Garcia is reported to have suffered a broken ankle after falling through a stage while performing in Bermuda.

Photos of the artist have appeared in Trinidad media showing her being wheeled through LF Wade International Airport in Bermuda with her right leg in a cast.

The “Just a little bit” singer is reported to be in a lot of pain following the accident.

Garcia was performing at the annual Cup Match Summer Splash Concert on Wednesday.

Video from the concert showed Garcia talking to the crowd when she suddenly fell through the stage and disappeared.

Garcia’s manager, Brian Morris, said Garcia sustained a broken ankle, which will require surgery to heal properly, and it has been placed in a temporary cast. She also suffered several minor injuries, including scratches and strains, Trinidad Express reports.