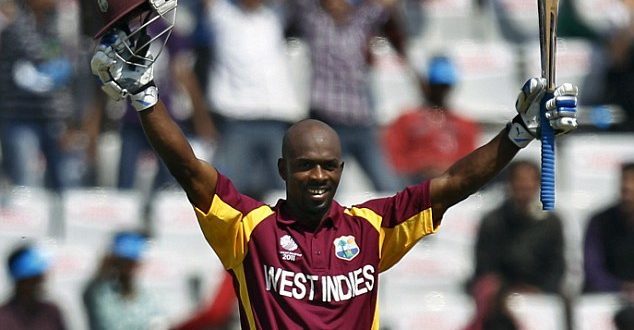 The 36-year-old Smith wrote his name in the record books, becoming the first batsman in the modern era of the Windies first-class championship (1966 onwards) to score four hundreds in a season twice before Windward Islands Volcanoes made a tactical declaration against Jamaica Scorpions in their day/night, pink-ball match at the Daren Sammy Cricket Ground.

The 27-year-old Bramble, playing his sixth season of Windies first-class matches, came of age with an important hundred and a valuable partnership with retired Windies international Shivnarine Chanderpaul that rescued table leaders and reigning three-time champions Guyana Jaguars after the ran into early difficulty against Leeward Islands Hurricanes in another day/night, pink-ball match at Warner Park.

Four other batsmen in the modern era of the Windies first-class championship have scored four hundreds in a season: Desmond Haynes (1991), Carl Hooper (2001), Junior Murray (2002) and Ridley Jacobs (2005).

Smith has become the first to do it twice, following up his four in the 2004 season, when he amassed 842 runs.

His undefeated 107 – his 33rd first-class career hundred and 27th in the Windies first-class championship – included just six fours and one six from 247 balls, carrying him past 700 runs for the season and fortifying him as its most prolific batsman.

It was also an unprecedented fifth time that he has carried his bat (opener not dismissed when a team’s innings closes) in his Windies first-class career. It’s also the third time for the season he has achieved the feat and it has ended with a hundred on each occasion.

Smith shared 98 for the third wicket with Test batsman Kirk Edwards which stabilised the Volcanoes after they were put in to bat and stumbled to 37 for two.

Edwards made 57 that included nine fours from 98 balls, but no other batsman reached 20, as the innings faded once he departed.

With nine wickets down, the Volcanoes chose to declare and exploit the discomfort that batsmen encounter facing up to a new pink ball under the lights, but Scorpions openers John Campbell, not out 29, and Trevon Griffith, not out on three, battled through.

When Bramble arrived, the Jaguars were in trouble on 41 for four after they decided to bat – but he and Chanderpaul brought stability with a stand of 118.

Bramble also shared a seventh-wicket stand of 64 with Sherfane Rutherford that added beef to the Jaguars before he reached his hundred.

He batted through until the close and was unbeaten on 116 that included 16 fours and three sixes from 196 balls.

Hurricanes captain Rahkeem Cornwall was typically his side’s most successful bowler, grabbing 3-80 from 21 overs with his off-spin.

Carter came to the crease with the Pride having lost their openers and wobbling on 47 for two after they chose to bat – but the left-handed batsman and Brooks eased the tension with periods of consolidation broken with typically enterprising strokes in a third-wicket stand of 170 that dominated most of the day on an easy-paced pitch.

Brooks survived a couple of chances to hit 96 and Carter made 72, but they were two of three wickets that fell in the final session, leaving all-rounders Kevin Stoute, not out on 29, and Justin Greaves, not out on 16, to bat through the remainder of the day, as the Red Force fought back.

Off-spinner Bryan Charles has been the most successful Red Force bowler so far, taking 2-50 from 18 overs.

Pride had an unsteady start to the day, when Anthony Alleyne was caught behind off left-arm fast-medium bowler Daniel St. Clair for 22 inside the first hour and Charles trapped Shayne Moseley, the Pride’s other left-handed opener, lbw for 20, before Brooks and Carter turned things around.