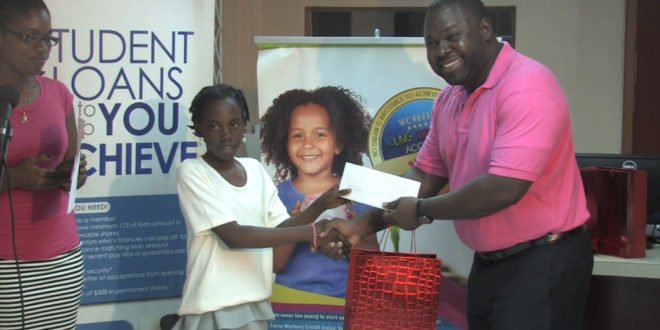 Ahead of the school term in August, the Saint Lucia Workers’ Credit Union (SLWCU) awarded children of members with scholarships and bursaries.

On Monday, a special ceremony recognized the top Performers at 2017 the Common Entrance Examinations.

The five awardees produced scores in the nineties with two students securing a mark of 91.33%.

The scholarships and bursaries are the union’s way of showing appreciation to its members.

It is also part of efforts to continue to foster relationships.

The union takes its education support initiative one-step further with its summer program.