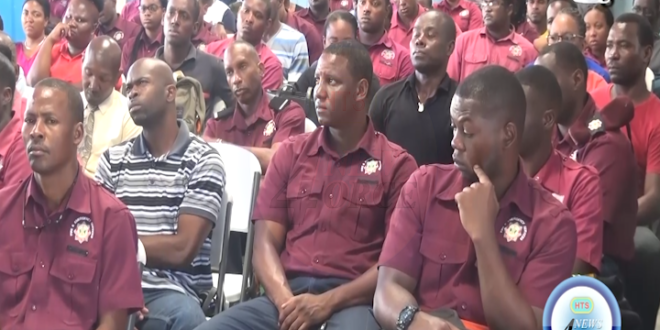 SLP URGES GOVERNMENT TO DO RIGHT BY FIREFIGHTERS

The Saint Lucia Labor Party (SLP) says the Allen Chastanet administration failed to act on key decisions of its predecessor that would have alleviated the plight Of Saint Lucia’s fire-fighters.  Opposition leader Philip J. Pierre told the media on Wednesday, that between 2014 and 2016, the SLP government embarked on a number of initiatives, which would put to rest some of the fire-fighters most pressing and long-standing concerns.