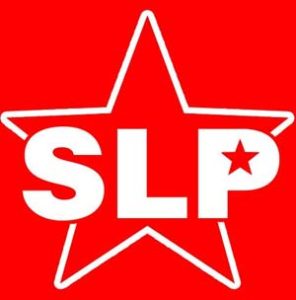 The Saint Lucia Labour Party has noted the joint response issued by Invest Saint Lucia and the Citizenship by Investment Programme (CIP) and calls on the agencies not to allow themselves to be used by the UWP to mislead the people of Saint Lucia. The DSH is a major project that will have significant consequences for Saint Lucia today and in the future should it fail.

The Saint Lucia Labour Party notes that it took the Government one week to respond to the news that the submission made by DSH was not approved by either Invest Saint Lucia or CIP and that the Prime Minister was so informed. Further, rather than present the joint statement in a press conference where the press can question the Chairpersons of Invest Saint Lucia and CIP, the response was issued by a Press Release.

The UWP wants to engage in spin and semantics over whether it was “not rejected” rather than accept that “it was not approved.” The SLP stands by its statement that the professional staff at Invest Saint Lucia and CIP charged with the responsibility to review the DSH submission DID NOT approve the submission, DID NOT make a recommendation to accept the DSH proposal and the Prime Minister was so informed. No amount of behind the scenes arm-twisting over the last seven days will change that fact.

The non-approval of the DSH plans gives validation to the Saint Lucia Labour Party’s position that in its current form this is a bad deal for Saint Lucia. We are hopeful that instead of denials the government comes to its senses and renegotiates.

The SLP also noted that the agencies are continuing to discuss with Mr. Ah-King aspects of the project and trusts that his next submission will address all the concerns expressed by concerned citizens of Saint Lucia.

DSH ISL slp 2017-05-29
Previous Over 300 Saint Lucians Overstayed in the U.S
Next CIU CEO “Not Aware” of Joint Statement