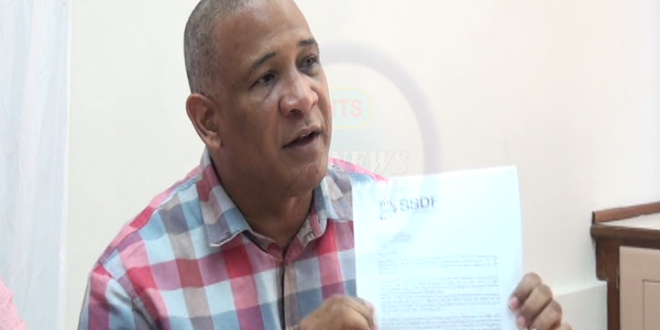 Six [6] sitting Opposition Members of Parliament have cried foul over the administration of the resumption of the government run STEP program.

In November, the Allen Chastanet Administration announced the previously suspended STEP project would resume for the holiday season. The Opposition MPs, accusing the government of victimization claim the relevant authorities have sidestepped them.

The document from the Saint Lucia Social Development Fund [SSDF] received on December 14 outlines the number of requested candidates and job requirements.

The Opposition MPs asserted that they were given less than 12 hours’ notice to respond and submit candidates. Further, the Saint Lucia Labour Party [SLP] MPs have taken umbrage with the financial allocations. Out of a reported $2.6 million in available STEP financing, the SLP MPs say they have been forced to make-do [with] just over $100,000 among them.

There were marked changes with the current STEP allocations for Opposition MPs this go-round. In 2016, each Opposition MP had a limit of 25 candidates. For the 2017, Christmas cycle the number of candidates has increased to 51.

The STEP project was a contentious subject during the 2016 election campaign. Citing poor management and political dissidence with STEP, the incumbent made good on intentions to dismantle the project that resulted in more than 1000 low-income earners on the bread line. Equity Minister Lenard Montoute shot-down the STEP project as a political tool.

Financed by grants from friendly governments and taxpayer revenue, the previous Administration implemented STEP as means of reducing rising unemployment.