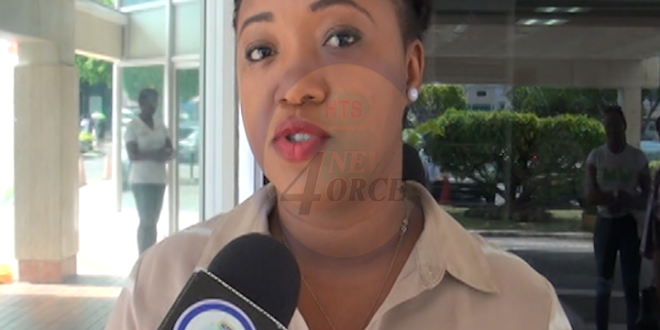 Senior Communications Officer in the Office of the Prime Minister, Nicole McDonald

Senior Communications Officer in the Office of the Prime Minister, Nicole McDonald has pushed back at anti-demolition rhetoric from the Opposition Saint Lucia Labour Party [SLP] on the delayed St. Jude Hospital Project.

On November 16, the SLP warned of imminent protest action and sustained public agitation if the Allen Chastanet led Cabinet of Ministers proceeds with a decision to demolish the yet to be opened primary healthcare facility in the south. Official talk of the possible demolition of St. Jude came from the Health Minister Senator Mary Isaac in an interview with the media last September. The Prime Minister has since walked back the notion put forward by the Health Minister. Economic Development Minister Guy Joseph has also firmly opposed any talk of a plan to tear down the current structure that has cost taxpayers a reported $80 million plus to-date.

Responding to the SLP comments during a November 17 interview with HTS News4orce, Senior Communications Officer in the Office of the Prime Minister, Nicole McDonald rebuffed the threats of protest action, claiming the opposition’s pronouncements were based on ‘falsehoods’.

McDonald who did not elaborate on a decisive course of action on St. Jude, did disclose however that the Cabinet of Ministers is exploring options that include alternative uses or what she described as the ‘repurposing’ of the multi-million dollar structure.

The government spokesperson also took a swipe at the Opposition SLP, which she suggested, failed to complete the St. Jude Hospital during their 5-year term in Office.  McDonald described the St. Jude Hospital issue as one, which was inherited by the government and gave assurances that the United Workers Party Administration remains committed to fixing the problem. [Watch video]