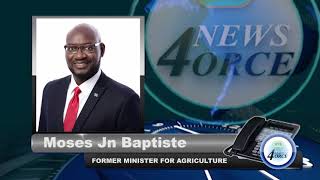 As the anniversary of the 2016 general election draws near, the St. Lucia Labor party has sought to highlight what it says is one of the failed promises of the current UWP administration. Former agriculture minister Moses “Musa” Jn. Baptiste has taken the UWP administration to task over its perceived neglect of fisher-folk.