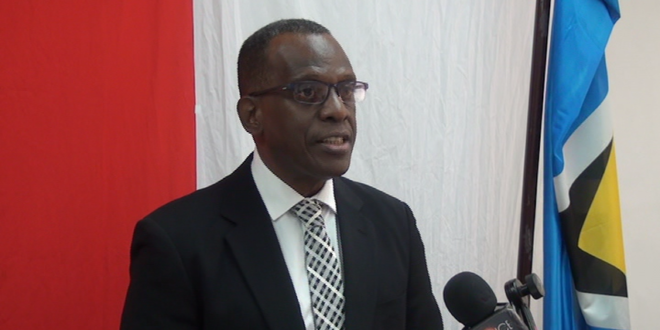 The Prime Minister returned from holiday and continues from where he left refusing to answer questions with any clarity.  On the issue of the sudden resignation of Jimmy Henry having been searched by immigration officials at a local airport, he claimed that he Jimmy Henry was doing an “amazing” job in the Ministry of Physical Planning. Yet the Prime Minister readily accepted his resignation following the airport search citing “personal reasons “for his departure.

Given the circumstances surrounding the resignation of the former minister, the Prime Minister owes it to the people as to what qualities so inspired him about Jimmy Henry to entrust him with a cabinet post. And what of those personal reasons following the stop and search incident at the airport that has so encumbered him that he can no longer continue to serve as a government minister?

The Prime Minister needs to be more forthcoming on this incident otherwise we are inclined to believe that he has exercised poor judgement in appointing a man who was rejected by the people to serve in his cabinet only to depart under a cloud of suspicion. The question remains: did the Prime Minister exercise due diligence prior to appointing Jimmy Henry to serve as a cabinet minister.

In an attempt to justify an untimely vacation the Prime Minister blames the previous Saint Lucia Labour Party government, declaring that he had “little access to government as the official leader of the political party”.  An embarrassing manifestation of the Prime Minister’s knowledge and understanding of constitutional and governance matters.  According to our governance structure political parties are not recognized in the constitution and “access” is guaranteed by the constitution to the Leader of the Parliamentary Opposition and to Members of Parliament.  At the time the Prime Minister with neither.

The Prime Minister also referred to the recurrent deficit and the “huge burden” of our debt as another reason why he was “burnt out”.  The facts are that the government of the UWP in its 2017-2018 budget will increase the recurrent deficit by 109% from $37M to $78M, meaning that the government is projecting to borrow $78M to cover its recurrent expenses.  The Prime Minister’s budget also projected an increase in total loans of $342M.  Using the Prime Minister’s logic he may have to double his vacation next year because the projected deficit and debt will be worse come next year.

The Saint Lucia Labour Party is alarmed at the manner in which contracts are awarded for infrastructural works in the country.  We have brought to the attention of the Prime Minister the Forestierre Housing Scheme Contract which was awarded without any public tender to a company that has been endorsed publicly by the Minister of Housing and the Chairman of the National Housing Corporation.

We await a response to our questions on the terms, conditions and cost of the contract and whether it was awarded personally by the Minister and whether the contractor was promised any future work.

The contract was awarded by direct award without bidding internally or externally for $15.9M.  The contractor has described the facility as Design/Build/Finance Road Rehabilitation loan and has agreed to finance the full extent of the works.  The repayment term is four years at an interest rate of 6.5% per annum based on an initial outflow of $15.9M.

Unmistakably, the facility made to the Government of Saint Lucia by the company is a loan.  As such the approval of the Parliament of Saint Lucia is required for this loan pursuant to Section 39 and 41 of the Finance (Administration) Act 15.01. We therefore await this matter to be laid before the house for full discussion and disclosure.

The Saint Lucia Labour Party has noted that the UWP government has departed from the practice of the former Saint Lucia Labour Party government to bring Design/Finance/Build facilities to Parliament for approval since all such facilities were treated as “loans”.  Apart from the need to obey the law, the practice of parliamentary approval allows for scrutiny and transparency of the terms of such contracts.

The Saint Lucia Labour Party is calling on the government to honour the law and obtain parliamentary approval for the Micoud South Road Rehabilitation Project at the next sitting of Parliament.

Since this UWP Government has been in office, there are growing questions and concerns with the management of the CDP.

Firstly, there are still contractors who have not been paid for works implemented over 18 months ago. This continues to be a travesty and abuse of State power. We once again call upon the Government to stop its vindictive behavior and honour the payments owed to contractors.

Secondly, there has been little information made public on the management of the CDP since June last year. You will recall that Hon. Guy Joseph announced that monies will not be used for infrastructural works but rather for training in various communities. In the budget of 2016-2017, over $30 million was allocated for the CDP and in this present budget over $38 million has been budgeted for the CDP. The Government has a responsibility to the public to provide an explanation of the state of the CDP.

• Is the CDP being implemented?

• If so, in which communities and what are projects?

• If it is being used for training, then what programmes, where is the training taking place and which agency is undertaking the training?

With the opening of the new school year scheduled for September 4th, 2017 the Saint Lucia Labour Party notes that opposition constituencies were only awarded $10,000 for “STEP” works in the six opposition held constituencies.

This figure is far from adequate and we once more condemn the practice of losing UWP candidates being allocated state resources to manage and distribute for their selfish political motives in the constituencies where they were defeated in the last general elections.

The Prime Minister needs to show greater respect for the people of St Lucia by first ascertaining the accuracy of his public pronouncements, especially when the information comes from the Ministry of Finance a department he heads. This now careless and loose talking characteristic is very unbecoming of a Prime Minister yesterday’s statement about the calculation of fuel prices being less transparent under the last Labour government is a case in point: since the establishment of the fuel pass through mechanism the schedule for fuel calculation has remained unchanged. Here is an example of the price schedule for April 2016 and the latest for 2017. You will see the major difference in the two schedules is the excise tax which was recently increased by this Government from $2.50 to $3.75 for gasoline and from$2.50 to $ 4.00 for diesel.

The Prime Minister’s latest misstatement is an attempt to cover his embarrassment of not being able to prove to the people after a year in office of the alleged $6.85 profit on fuel from which by the last Labour administration, benefitted so he claims there was no transparency. Not true!! Nothing has changed in the basis or method for the calculations.

The cries of hardship of the people on the slowness of the economy is deafening.  The Saint Lucia Labour Party notes that many small businesses are closing down thus adding to the unemployment crisis created by the closure of NICE programme.

The Saint Lucia Labour Party is firm in its view that the economy of the country cannot depend only on foreign investment or the sale or auction of Saint Lucian passports.  The government must take decisive steps to develop small and medium size, agricultural, manufacturing, hotels and service industry businesses, to help create an environment for the holistic development of the economy that would benefit all St Lucians.