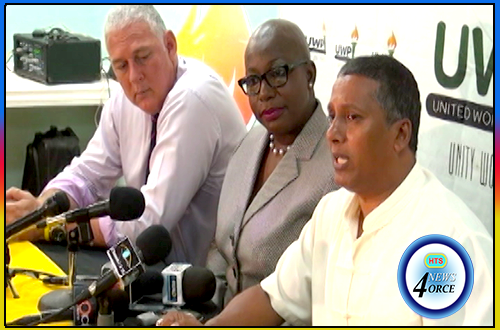 The election campaign is in full-swing with a raft of allegations and counter allegations between the two established parties.
A group of young men in Castries South is now accusing UWP political leader of hurling obscenities at them, simply because they disagreed with him on policy.
The men say Chastanet cursed them after they opposed the UWP’s “5 to stay alive” plan.
It’s a charge Chastanet declined to comment on when pressed by HTS news4orce at a press briefing on Wednesday.