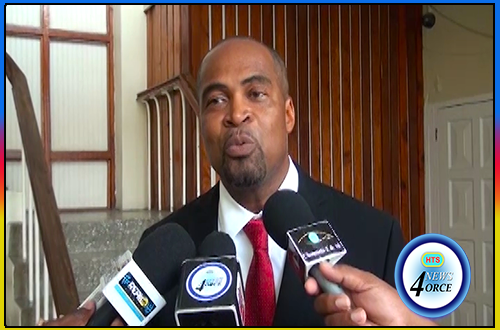 Whilst the Saint Lucia Labour maintains its long-stated position of not ascribing blame in respect of the cause of criminal activity we are, nonetheless, taken aback by both the island’s alarming rise in criminality and the lack of attention paid in that regard by the government.

The SLP notes in passing that already, with only half of 2017 gone, the number of homicides stands at 29, or just two fewer than the entire year of 2016 where 31 were recorded. Further, the number of other violent crimes are also alarmingly high. Motor vehicle thefts, too, appear to be at an all-time high to the point where just last week we recorded an armed carjacking in broad daylight along one of the country’s most travelled roads.

Robberies and muggings are also on the increase and citizens no longer feel safe traversing even the more populated areas of the city. So emboldened have the thieves become that they are unafraid to openly confront victims whilst robbing them of their hard earned cash and other valuables.

Even though he has publicly acknowledged the country is witnessing “an unprecedented crime wave,” – a statement ironically made at a Police Commissioner’s Parade” no less – the island’s National Security minister has provided no plans to disrupt the current high level of criminality.

The SLP also notes that the very Minister, who whilst in opposition almost daily criticized the Labour Party for what he termed its lack of action on the IMPACS report and had promised to deal with this expeditiously upon assuming office, has one year later done absolutely nothing in this regard. In fact, the Minister is now on record asking nationals to be patient and has also chided the citizenry for always wanting things to be done speedily. He further informed the nation that the matter was not one for the government but instead for the Director of Public Prosecutions. When the Labour Party stated similarly prior to the last General Elections, the UWP, then in opposition, was quick to denounce the SLP. Today, more than a year into office they are echoing the very words stated by the SLP in stating the matter is in the preserve of the office of the DPP.

It is clear the government, if it had any previously, has now run out of ideas on how to handle the criminality which has overtaken our society. We call on the government to stop its pettiness and engage the wider society in an attempt to help alleviate this escalating crime situation.

2017-07-04
Previous Statement on Partial Divestment of Shares in Bank of St. Vincent and the Grenadines
Next Comfort Station for George Charles Blvd Residents Opened