SLP Attempts to Sabotage Country’s Advancement and Attacks​ ​on​ ​Private​ ​Investors​ ​Must​ ​Stop!

The United Workers Party continues to be alarmed at the glaring hypocrisy from the Saint Lucia Labour Party and attempts to hurt Saint Lucia’s relationship with local and foreign investors.

It has become clear to Saint Lucians that the SLP is not interested in the success of our country but only in seeking to ruin and obstruct opportunities for growth and jobs. With the recent Sandals non-issue the SLP has yet again sought to undermine a private investor in their narrow pursuits with a deliberate attempt to confuse the public.

That the SLP has the audacity to criticize the UWP Government for finally dealing with a long outstanding issue between Inland Revenue and Sandals that they failed to address is shameful. An issue that they ignored which the Inland Revenue Department repeatedly brought to their attention while they were in Government.

In their foolish statement on the matter, they also neglected to announce or let the public know that they have in the past granted 100 % waivers to Sandals in a rangeof areas.

The Labour Party neglected to tell the public that it had even granted waivers to developers who have not put down one pillar on any land in St. Lucia.

The evidence has shown that the SLP has in their years in office granted multiple exemptions to Sandals including a ten year exemption from the same withholding tax which they now criticize. The Labour Party Government by virtue of Cabinet Conclusion No. 188 of 2013 granted a 100% waiver of Withholding Tax for a period of 10 years to Sandals from January 01st 2013.

The Labour Party in the same Cabinet Conclusion also approved 100% exemption from the payment of Income Tax for a period of 15 years from January 01st 2013.

The SLP knows full well that the granting of such concessions to an investor that has proven themselves to have made a commitment to our country is not “extraordinary or highly unusual” as they have suggested. By their own actions they have granted the same concessions and much more.

What is “extraordinary” and “highly unusual” is granting concessions to an investor you know nothing about.

What is “extraordinary” and “highly unusual” is selling your country’s seabed to a man you know nothing about! The SLP has a proven track record of making promises to investors that were not even properly vetted by the Government.

In a February 9 th 2016 letter to Robert Ainsworth of Equator Lands Limited, former
Prime Minister Kenny Anthony promised the so-called developer waivers on personal income tax for The Board and Senior Management of the Company which also extended to All purchase of property.

The then Prime Minister made promises of all these exemptions to this developer who had zero track record in Saint Lucia or the world!

The United Workers Party dismisses the SLP criticism and takes the opportunity to recognize and applaud the contribution of Sandals Resorts International to Saint Lucia.

The company employs hundreds of Saint Lucians and is making another
investment of millions into our country with the announcement of 330 suite
Sandals La Source.

The United Workers Party calls on all right-thinking Saint Lucians and stakeholders of our country’s success to not let the Saint Lucia Labour Party ruin the reputation of our country by unsubstantiated malicious attacks on investors.

We know that the Labour Party’s stated aim is to create chaos in the country. They have also admitted that they will write to investors to instruct them not to invest in the country.

This press statement by the Labour Party is the latest in the long series of nonsense
attempts to sabotage Saint Lucia.

The United Workers Party calls on the Government to keep focused and is
encouraged by the opening of investments such as OJO Labs in Vieux Fort which will employ scores of Saint Lucians. We are encouraged by the developments of the south of the island such as The Ritz Carlton by Range and the Fairmont St Lucia in Choiseul.

These communities are finally getting the attention they deserve and our scores of young people leaving school will have the opportunity to find work.

Let us all work to build a new Saint Lucia where we are not distracted by the hate-spewing SLP that is seeking to destroy our nation by trying to prevent these
projects from happening. 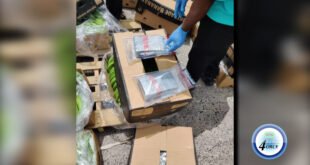