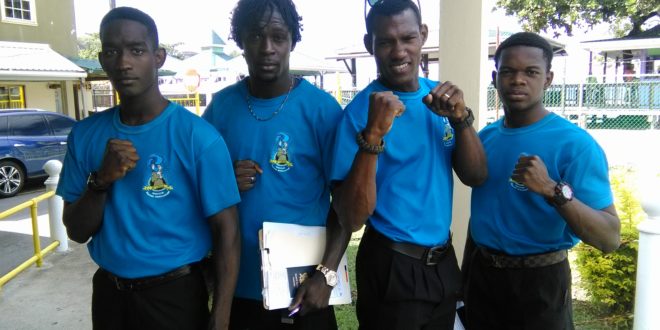 Four of the island’s leading boxers left the island Wednesday afternoon bound for Trinidad and Tobago where they will participate in a one month preparation camp  for the upcoming Central American and Caribbean Qualifier in Mexico, and the Commonwealth Games in the Gold Coast, Australia.

Funding for the four boxers came from the Saint Lucia Olympic Committee Incorporated after an invitation was extended by the President of the Trinidad and Tobago Boxing Association, Cecil Forde to the Saint Lucia Boxing Association to send a group of boxers to the camp . The SLOC Inc paid the airfares, covered accommodation cost and meals for the participants of the camp. Out of pocket allowance was also given to the boxers and where there were issues of lost of income, the SLOC Inc ensured there was compensation.

Also attending the camp will be boxers from Anguilla, Barbados and Guyana.