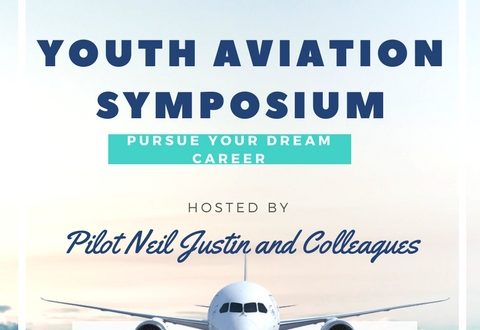 SLASPA to host “Youth Symposium on Aviation and Career Choices”

[Press Release]  First Officer with Jet Blue Airlines Neil Justin, will host young people from the north and south of the island on Saturday May 5th and Sunday May 6th at the Castries Comprehensive Secondary School and Campus B in Vieux Fort respectively, in a “Youth Symposium on Aviation and Career Choices”.

First Officer Justin who was born in the United States of Saint Lucian parents is one of the pilots who occasionally flies the Jet Blue aircrafts on the New York Saint Lucia route and the trans-Atlantic route.

Pilot Justin while not born in Saint Lucia is proud to be a Saint Lucian through his parents, both of whom are from the town of Soufriere. Pilot Justin lived at Sans Soucis Castries opposite the Bethel church, while he attended the Anglican Infant School. His childhood best friend Coach Trevor Daniel of the Flow-Trevor Daniel Football Development Programme fully endorses pilot Justin & encourages all secondary school students (12-18years) to take advantage of this life changing event.

Coach Trevor said “I recall Neil spending hours in his balcony waiting for planes to take off & land on the Vigie runway. Pieces of wood, small branches, scrap paper, shoe laces, scotch tape, and whatever he would find would in seconds magically come together to become a futuristic flying machine… Neil loved planes”.

Pilot Justin who has been flying with Jet Blue Airlines for about four years has had the desire for some time in working with youth from Saint Lucia in pursuing a career in civil aviation and in providing advice and guidance aimed at empowering young people in making sound choices about their future. Pilot Justin will bring with him a team of nine speakers who will address the young people in areas such as; the importance for discipline, teamwork, and the rule of law. Other scheduled sessions will include;

Women as Pilots;
The Life of a Flight Attendant
Simulator Sessions
How to Succeed in Your Education
Serving Yourself and Your Community.

His brother Dr. Courtney St. Prix, who has his PhD in Education, will lead the sessions on the importance of education in career development. In addition Pilot Justin will share his personal story on how he became a pilot for an international airline. Other pilots who will be in attendance will be in their flight uniforms, will also address the youth on piloting as a career.

The Northern symposium will be at the CCSS from 10:00 A.M to 1:00 P.M on Saturday, May 5th, 2018. While walk-in sign up will be permitted, there is a limit of ONLY 500 attendees and priority access will be given to pre-registered students. Secure your space by calling/texting/what’s app 4868955.

The Southern symposium will be held the following day, 6th May, 2018 at Campus B in Vieux Fort from 10:00 A.M to 1:00 P.M. and registration has been done through the principals of the secondary schools in the south. Walk-in signups will be permitted. Request a reservation by calling/texting/what’s app 4868955

This symposium is being held in conjunction with the Saint Lucia Air and Sea Ports Authority (SLASPA) and the St.Lucia National Youth Council (NYC). The cost of attendance including refreshments for every attendant has been covered by SLASPA.