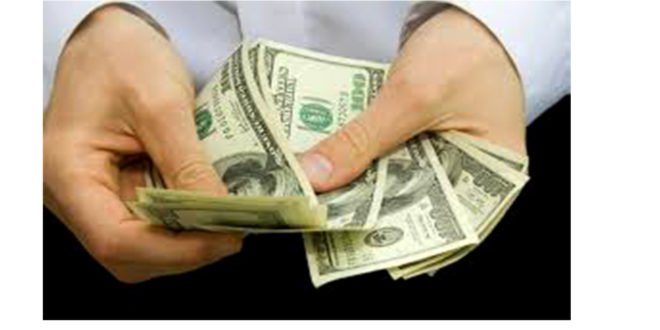 SLASPA REQUESTED TO PAY MILLIONS TO THE IFC 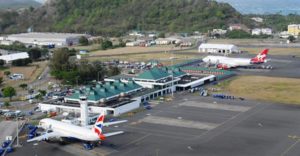 The Saint Lucia Air and Sea Ports Authority [SLASPA] is reportedly on the hook for more than US $1million after pulling out of contractual arrangements with the International Finance Corporation [IFC] .

Plans to redevelop the Hewanorra International Airport in Vieux-Fort have been on the table for more than a decade. The United Workers Party [UWP] Administration first tabled the Airport Development Bill in Parliament in 2011.

Governments changed hands and the Saint Lucia Labour Party [SLP] assumed Office from 2011- 2016. During that time, the SLP administration chose the International Finance Corporation (IFC), a

member of the World Bank Group, to be the lead advisor to assist SLASPA in formulating a public-private partnership for the redevelopment and operation of the Hewanorra International Airport.

The IFC was mandated to conduct a detailed technical, legal, and financial analysis of the airport, provide a comprehensive assessment of development options, and recommend a transaction structure. The IFC was also tasked with conducting a transparent and competitive bidding process to identify a qualified private sector partner for the sustainable development of the Hewanorra International Airport under the public-private partnership.

Preliminary contractual obligations between the IFC and SLASPA were discussed in Parliament in 2015.

“The granter will be SLASPA. The type of agreement will be a concession contract. The contract duration will be 30 years. The scope of the concession agreement include operating and maintaining the current facilities and the air traffic control tower, financing construction operations and maintenance of the new airport airside and landside facilities.”

“[SLASPA will be] providing reasonable assistance and cooperation during the term of the concession agreement, including coordinating with other government agencies and ministries,”– Former Minister of Infrastructure Philip J. Pierre.

Fast forward to 2017 under a UWP Administration led by Prime Minster Allen Chastanet – and the initial plans with the IFC and SLASPA have reportedly been rescinded.

SLASPA and the government of Saint Lucia now have to dole out more than US$1 million dollars for ending the initial arrangements with the IFC.

A 30-year plan had already been developed along with a diligence and transaction report with assistance from IFC.

In 2016, the UWP government announced plans to reintroduce the airport development charge of $35. Former Prime Minister Dr. Kenny Anthony pointed out a flaw in the act during his contribution to the debate on the 2017 estimates on April 28th.

He noted that the reintroduction of the ADC was unlawful because the statute upon which it is based-the Hewanorra International Airport Development act-had been repealed. He explained that legislative amendments are crucial. 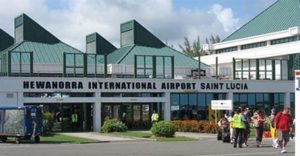 While, Prime Minister Allen Chastanet welcomed the word of advice, he believes that the administration he has sufficient time to revise the law.

Dr. Anthony also argued that any proceeds during this period must be returned.
Nevertheless, Prime Minister Chastanet indicates that his government is prepared and has a plan.

Heavy rainfall and thunder-storms associated with what weather forecasters refer to as a shear-line, led …