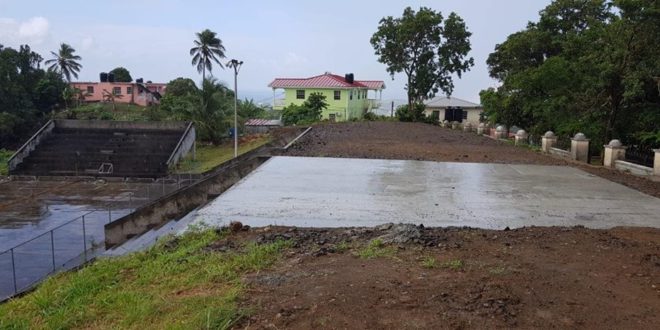 As part of Saint Lucia Amateur Swimming Association National Aquatic Plan-Nage’ Sent Lisi, an initiative set out by the Executive Members of the association led by Yasmin Tyson and Paula James, the association is pleased with the progress made so far. This initiative was set deliberately to support its grassroots program.

President Eddie Hazel notes “With the support from FINA, the Federations governing body, and further assistance from St. Lucia National Lotteries Authority and Ministry of Infrastructure, we are pleased we are well within 60% completion of the preparation phase. Initially two such pools were marked to be established but decided to aim for piloting at Carielle Park first.”

The portable pool is intended to serve the youth with access to learn to swim under the training of competent coaches.

SLASA anticipates with no glitches, all will be in place by the end of February.

Similar efforts will be rolled out in the South of St. Lucia in the very near future.