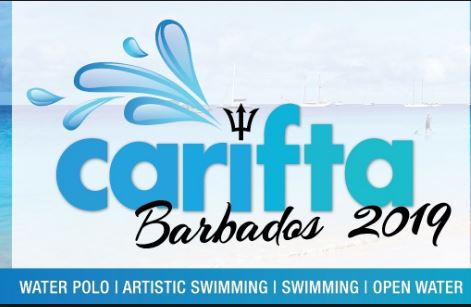 This year 2019 ten swimmers have been confirmed to represent Saint Lucia at the Carifta Swim Championship scheduled to take place in Barbados April 11th to the 25th at the Barbados Aquatic Center, 10 Lane 50 Metre pool with Daktronics Electronic Timing System. Though the preliminary team was announced earlier, potential swimmers had a final opportunity of joining the team by making the qualifying times at the Last Chance Carifta meet in Martinique this past weekend. Unfortunately no one stepped up to the mark of obtaining a minimum of 3 AA times, the qualifying standard for being a member this year’s team!

Four of the swimmers namely Karic Charles, Tristan Dorville, Caitlin Polius and Ziv Reynolds will be making their debut at this level of the Carifta Swim Championship.

D’Andre Blanchard medal earner at the 2018 Carifta Championship and recipient of the SLAF Junior Male Swimmer of the year will be at it again with Naekeisha Louis for their 2nd year.

Naima Hazell, SLAF Junior Female Swimmer of the year 2018 Award and another medal snatcher at the 2018 championship will be competing at this years Championship for her 3rd year.

Seasoned Swimmer Jayhan Odlum Smith, SLAF 2018 Senior Swimmer of the Year, participant of the Youth Olympic Games and 14th Fina World Course will be competing at the Carifta Swim Championship for his 6th year. Joining him for 6 years is Terrel Monplaisir recipient of SLAF Back and Breast Stroke Awards and Backstroke medalist at the 2017 Championship, one of 8 medals attained over his competing years at Carifta Championship. 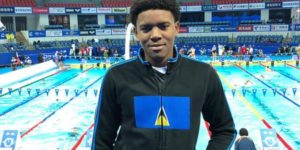 Though not competing at the open Water Event this year, SLAF is currently looking forward to providing opportunities and setting protocols for more local training and competitions in Open Water.

Hilroy Emanus is expected to represent as a Technical Official at the Carifta Championship.

The Carifta team will be supervised under the watchful eye of Team Manager Sue Monplaisir, Head Coach David Peterkin and Chaperon Brender Portland.

SLAF is confident that its team will step up to the plate and grace the podium in 2019 with their achievements.