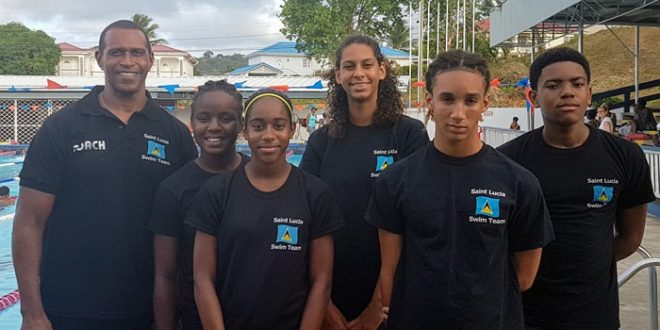 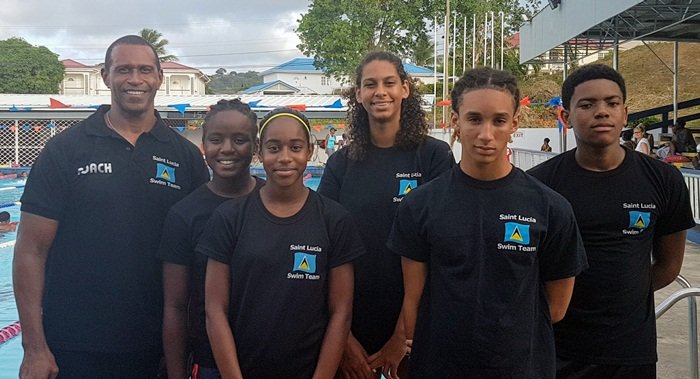 The competition will also see the likes of Bermuda, Costa Rica, Puerto Rico, Turks and Caicos to name a few.

With qualifying times set by the technical committee of the St. Lucia Amateur Swimming Association, 6 swimmers rose to the challenge of accomplishing a minimum of 2 (two) AAA (triple A times).

The named swimmers representing St. Lucia at CCCAN 2017 are all Carifta participants, three of which, Katie Kyle, Niama Hazell and Terrel Monplaisir, medaled at the games held in the Bahamas in March 2017.

Though the competition is expected to be fiercer, 13 – 14 Katie Kyle and Mikaili Charlmagne of the Sharks Swim Club, 11 – 12 Naima Hazell of the Lightning Aquatics and 13-14 Jayhan Odlum-Smith, Jamarr Archibald and Terrel Monplaisir of the Sea Jays Swim Club are confident in achieving their goals.

The team will be accompanied by Team Manager Indy Kyle, Coach Brian Charles and President Eddie Hazell. Hilroy Emanus will represent SLASA as a meet official.

SLASA thanks the St. Lucia Olympic Committee for their financial contribution and endless support in the sport of swimming.