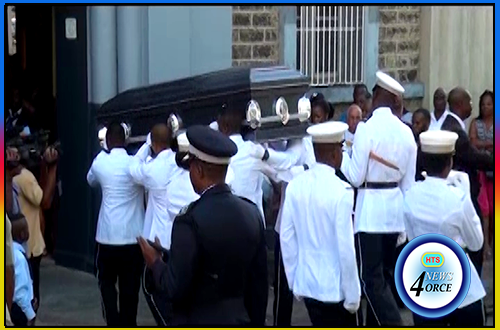 Regional heads of government, diplomats, academics, family and friends of the late Sir Dwight Venner bade farewell to the world’s longest-serving central bank governor on Wednesday January 4th.
Sir Dwight passed away on December 22nd, 2016.
He was eulogized as a brilliant man, passionate integrationist and loving family man by speakers at his funeral service, which was streamed live and relayed by television stations across the region.