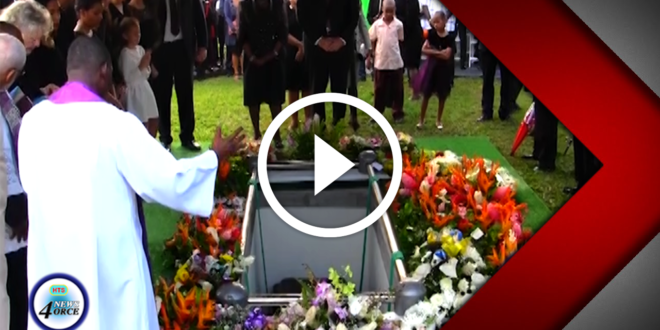 Sir Derek Walcott received a send-off fit for a literary giant on Saturday March 25th.
Saint Lucia’s Nobel Laureate for Literature was afforded a state funeral and scholars, artists, diplomats and Saint Lucians from all walks of life joined his family and friends to bid farewell to the man who has been described as ‘the great epic writer of the world.’