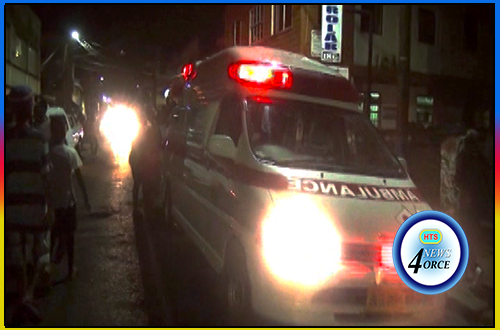 Police are investigating a deadly shooting which took place on the Chausee Road in Castries on Friday night. Residents report hearing the sound of gunfire just after 7:00 pm. They ventured out when they thought it was safe to do so and found the body of a woman widely known as ‘Africa’ on the ground. Initial reports indicate that the woman was an innocent passer-by.
A young man was also reportedly shot multiple times and transported to the victoria hospital.
It was a chaotic scene and police quickly rushed to cordon off the area, which in the past few years has been the scene of a number of gun crimes.
The male victim was identified as Bernie Edwardville.